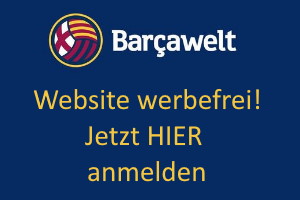 Would Barça sell its soul to have Neymar back?

StartFC BarcelonaKommentareWould Barça sell its soul to have Neymar back?
FC Barcelona
22. Juni 2019

Even if Barcelona sells its soul for Neymar’s return, would the results be the same? Should they really try to sign him back, and what are the consequences?

The Biblical tale of the Prodigal Son has always been an alluring one, the return of the person who strayed to acclaim, joy and one quite dead fatted calf.

What makes the Neymar legend enticing for many is that it isn’t only a prodigal analogy. It’s also a return to the past, which football supporters adore. MSN. The Trident. The trio of Messi/Suarez/Neymar led to the most recent treble success for a storied team that has been starved of such joys since Neymar left, a move that didn’t work out for him or the team he deserted at the eleventh hour.

Nostalgia is the purest embodiment of human weakness, a past that is alluring because we know it, because we think we know what to expect. Add Neymar on the left wing, see him shimmy, see him feed Suarez, see him play one-twos with Messi, see Suarez score, watch them dance. Messi deserves that joy, think those who want to justify the return. They talk about Neymar still being the second-best player in the game, and they reduce a very complicated decision to football.

Are all qualms washed away by goals and shirt sales?

But how do you do that without retching in revulsion? Before you get to anything at all, anything else, there is the thing that the football crowd is so adept at ignoring: Neymar is facing a rape charge.

The incident, in which football leapt to his defense just as it leapt to Ronaldo’s, lauding the power and majesty of his game rather than the fact that he might be guilty of sexual assault, has gone off the boil. But it persists. And it’s vile. Even if it’s just a case of bad judgment, it should still be sufficient to chill the ambitions, even of a club that has already established that it will hold its nose and sign anyone if that will bring success.

Luis Suarez was a biting, kicking, demon of a man accused and found guilty of racist abuse of Patrice Evra. All that stuff just meant his price was a bargain, and Barcelona pounced. That Suarez has been a model citizen since he arrived at the Catalan club does nothing to ameliorate the cold-hearted calculation of pulling that trigger on that transfer. Neymar would be worse.

There should be no consideration of his transfer by any self-respecting club until these allegations are resolved, and possibly not even then, unless this rape charge becomes that rarity: a rape charge in which the accused is exonerated without a shard of doubt.

They happen, but usually suspicion lingers in that he said-she said world of consent and blurred lines. What does signing such a man say to Barcelona’s women supporters, or male supporters with a conscience? Are all those qualms washed away by goals and shirt sales? And if they are, how much poorer does that make us, wallowing in such slime that taints the game we all find so beautiful?

Maybe football doesn’t care. It hasn’t in the past, so why start now?

Back into Messi’s shadow?

Speaking of football, my, how times change. When Pep Guardiola’s marauding sprites wreaked havoc on the game with elegance and a blizzard of short passes, the universe adapted. By the end of Guardiola’s tenure, that irresistible force had been met by a game that was now ready for it. He adapted, and so did the game. And trebles became doubles became Copas.

MSN had an even shorter tenure because of the inevitable busywork of coaches. Luis Enrique gave Neymar the keys to the attack, much to the chagrin of many, but it worked. The adaptation that teams made was to simply wall Neymar off with as many defenders as was required to rein in his creative flow. The open spaces and passing lanes created by his pace and guile were, when confronted by a bank of defenders, reduced to an ineffectual pass back to midfield. And Messi’s shadow grew to the point where it became intolerable.

Now, entering three seasons on from his scuttling down the ratlines in August, the worst time for a transfer of that magnitude to depart a club, lots more has changed. Neymar doesn’t look as fit as he did at Barcelona, doesn’t look as wiry or electric. The sprints that used to glide along the tops of manicured pitches are a bit more ponderous, and his game is feeling it. He’s getting kicked more, a lot more, by defenders who used to not be able to catch him, or who weren’t quick enough to strike him more than a glancing blow.

He is also getting injured more, a consequence of the countless miles of football seen in the legs that are heavier now, the ankles that no longer swivel on ball bearings. Football isn’t necessarily a young man’s game, but the brand played by Neymar is. We’re seeing that now as he returns from one injury only to face another.

Is Neymar still the same player he once was?

Even if Barcelona sells its soul for Neymar’s return, would the results be the same? Highly doubtful. The open spaces that he had in which to play in Ligue 1 were a consequence of the superiority of Paris St.-Germain, coupled with the naivete of coaches. Liga managers aren’t that stupid. Nor are European ones.

None of this includes the knock-on fiscal effects on the team salary numbers at Barcelona, already the highest in European club football. But there are many other questions beyond math, including who stays and who goes? How firm is that Griezmann deal, and how do you add not one, but two big salaries to that roster?

The quick and dirty answer is that you sell Coutinho and Dembele, and slot Griezmann and Neymar into those places. Coutinho was on the outs anyhow, but does the club really want to mortgage the future in Dembele for short-term gain in a 27 year-old being kicked to the curb by his moneybags adoptive parents? Sure, you equip Messi with the right tools to win in the short term, but what if that doesn’t work?

Let’s presume Neymar returns to Barcelona chastened, ready to buckle down, lose weight, get as fit as he used to be and put in work. What made MSN work is that it was M…SN. How will a man who left Barcelona to escape Messi’s shadow feel about returning to that shadow, and how will that reality manifest itself on the pitch?

What’s the value of damaged goods

The overreaction here is that at both Rome and Anfield, the team performed in a way that was wholly uncharacteristic. In each match a three-goal lead was given up in a matter that should spark more visits to a psychologist than bank loans or transfers. For the past two seasons, the team that everyone says needs a complete and total overhaul was one goal away from a probable treble. For the past two seasons. What does Neymar add to that?

PSG is ready to sell him. The question that nobody is asking is this: If that clown car is willing to jettison the second-best player in the game, why is that? Superclubs are usually reluctant when it comes to sales of their stars. They stole Neymar with promises of massive wads of cash and autonomy. Now, amid gantlets hurled down by the PSG head amid talk of “superstar mentality” and players who want to fight for the shirt, what’s the value of damaged goods right now, and how stupid is a team for taking that risk?

Barcelona is, or used to be, a proud club. Its supporters still are. Because of the way that Neymar left, a great many of them don’t want him back at any price, not even on a free. You don’t do that to a club that you purport to love, even as many of us had him staying only three seasons at Barcelona. He left right before the season started. Messi handed the keys to him, deferring to Neymar during the team’s U.S. tour in an effort to entice him into staying, to make him understand that he was welcome, that all was forgiven if only he would stay — by the greatest player in the history of the game.

And he still left.

The idea of a return to the past

It’s hard for a proud culer to not be inclined to say, “To hell with Neymar, to hell with the promise of the second-best player in the game.” This is true even if you ignore all of the other stuff, even if he wasn’t diminished by time and injury and sloth and ego, even if he was still the elusive scamp that drove defenders to distraction.

The only thing good about the rumored Neymar transfer is the idea of a return to the past. But even that is tainted. There is enough smoke for there to be fire, too much data from high-quality sources for us to deny that the option is being considered. And that should fill any culer’s heart and soul with not only revulsion, but also sadness.

Barcelona was never clad in the shimmering white silk that so many think. There have always been deals with the devil, but this represents a nadir. There are people who don’t mind embracing a desolate ethical and moral husk, to be sure. What’s sad is that so many of them seem to be in the boardroom, in charge of considering a transfer decision that is, no matter how you look at it, vile.